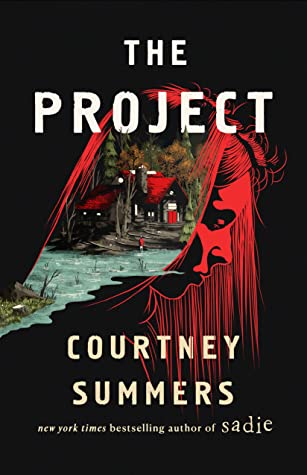 Thanks to NetGalley and Wednesday Books for providing an eARC in exchange for an honest review.

Lo Denham is used to being on her own. After her parents died, Lo’s sister Bea, joined The Unity Project, leaving Lo in the care of their great aunt. Thanks to it’s extensive charity work and community outreach, The Unity Project has won the hearts and minds of  most in the upstate New York region, but Lo knows there’s more to the group than meets the eye. She’s spent the last six years of her life trying—and failing—to prove it.

“The Unity Project murdered my son.”

When a man shows up at the magazine Lo works for claiming The Unity Project killed his son, Lo sees the perfect opportunity to expose the group and reunite with Bea once and for all. When her investigation puts her in the direct path of its charismatic and mysterious leader, Lev Warren, he proposes a deal: if she can prove the worst of her suspicions about The Unity Project, she may expose them. If she can’t, she must finally leave them alone.

But as Lo delves deeper into The Project, the lives of its members, and spends more time with Lev, it upends everything she thought she knew about her sister, herself, cults, and the world around her—to the point she can no longer tell what’s real or true. Lo never thought she could afford to believe in Lev Warren…but now she doesn’t know if she can afford not to.

Welcome to The Unity Project.

The next pulls-no-punches thriller from New York Times bestselling and Edgar award winning author Courtney Summers about an aspiring young journalist determined to save her sister from a cult.

I loved Courtney Summer’s Sadie, so I was quite excited when I saw The Project on NetGalley, especially with that gorgeous cover! I’ve read a few books centered around cults, but this is the first time I could see why one like this would attract so many people. I spent the majority of the book second guessing as to whether The Project really was dangerous, or was its charismatic leader, Lev Warren, sincerely trying to use the trauma of his abusive childhood to help others. The question of whether The Project is a cult is played out through alternating chapters between Lo and Bea. Both sisters are very strong characters, yet each have unique vulnerabilities which make them very relatable. I was kept guessing until the last few chapters, and even then there were a couple of surprising twists.

Overall, while I don’t think The Project was quite as good as Sadie, it was a thought-provoking read, and I was still musing over the characters and various aspects of it two days after I read it. For me, that makes it a resounding success. 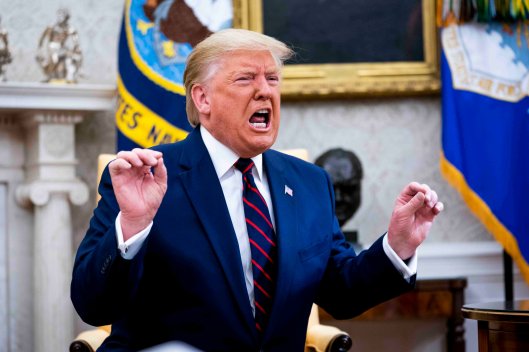 As He Who Must Not Be Named grows more desperate to cling to his office despite court case after court case being thrown out, many times by conservative judges who were appointed by him, it’s getting increasingly dangerous for Republican state officials and others who are simply doing their job and making sure democracy proceeds the way it should. Yesterday, Georgia elections official, Gabriel Sterling (a Republican), who finally had enough, blasted the president and members of the GOP who are complicit in their silence. If you haven’t seen this it’s worth watching.

The future will take care of itself.

HIV does not make people dangerous to know, so you can shake their hands and give them a hug: Heaven knows they need it.

”If Hallmark Christmas Movies Were A Musical”, The Holderness Family

This lovely video that Sally has shared is a timely reminder that yes, goodness still does exist out there.

Although we have had a very tough year in many respects, there are still good people and great moments to be enjoyed…

Thanks to NetGalley and Grand Central Publishing for providing an eARC in exchange for an honest review.

Synopsis: Following the acclaimed debut of Old Bones, this second “happily anticipated” new thriller in Preston & Child’s new series, features Nora Kelly, archaeologist at the Santa Fe Archaeological Institute, and rookie FBI agent Corrie Swanson as they work together to solve a twisted crime that reaches far beyond any of their worst fears. (Booklist).

A mummified corpse, over half a century old, is found in the cellar of an abandoned building in a remote New Mexico ghost town. Corrie is assigned what seems to her a throwaway case: to ID the body and determine cause of death. She brings archaeologist Nora Kelly to excavate the body and lend her expertise to the investigation, and together they uncover something unexpected and shocking: the deceased apparently died in agony, in a fetal position, skin coming off in sheets, with a rictus of horror frozen on his face.

When they at last identify the body—and the bizarre cause of death—Corrie and Nora open the door into a terrifying, secret world of ancient treasure and modern obsession: a world centered on arguably the most defining, frightening, and transformative moment in American history.

Scorpion’s Tail is the second book in Preston & Child’s Nora Kelly spin-off series and while I didn’t like it quite as much as last year’s Old Bones, I’m still looking forward to future books featuring Nora and Corrie.

As always, the research Preston and Child put into this story is meticulous, but there seemed to be something missing here that I’m not sure I can put my finger on. I liked the historical mystery behind this, but perhaps due to the length of the book, I found my attention wandering more than once. Also, while both women have been recurring characters in the Pendergast series, Nora Kelly is much more relatable. Corrie Swanson is in her early twenties, yet strikes me as an old soul. I like her, and find her intriguing, yet I’m frustrated by her at the same time because she has a remote personality that makes it difficult to connect with. I’m hoping to see her character develop as she and Nora work more cases together. And finally, (here’s my one spoiler), while I enjoyed Pendergast’s cameo at the end of the previous book, this time I found it unwarranted and a bit annoying.

While The Scorpion’s Tail is not my favorite story from Preston and Child, it’s still a worthwhile read. And to be honest, I’ve been reading their books since the 90s, and have extremely high expectations for each new entry. If any of you are fans I’d love to know your thoughts about this once you’ve read it.

Amazon, “The Show Must Go On”, Heartwarming Holiday Commercials

‘Tis the season for Christmas Commercials, and as I did last year, over the next few weeks I’ll be sharing some of my favorites from this year. To kick things off here’s “The Show Must Go On,” from Amazon.

Dane Callstrom, I’ll Be Back: A Trump Hamilton Parody