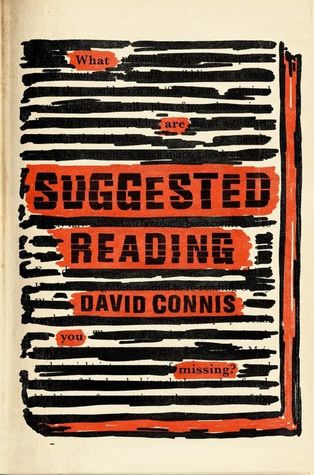 Thanks to Edelweiss and Katherine Tegan Books for providing an eARC in exchange for an honest review.

Synopsis: In this hilarious and thought-provoking contemporary teen standalone that’s perfect for fans of Moxie, a bookworm finds a way to fight back when her school bans dozens of classic and meaningful books.

Clara Evans is horrified when she discovers her principal’s “prohibited media” hit list. The iconic books on the list have been pulled from the library and aren’t allowed anywhere on the school’s premises. Students caught with the contraband will be sternly punished.

Many of these stories have changed Clara’s life, so she’s not just going to sit back and watch while her draconian principal abuses his power. She’s going to strike back.

So Clara starts an underground library in her locker, doing a shady trade in titles like “Speak” and “The Chocolate War.” But when one of the books she loves most is connected to a tragedy she never saw coming, Clara is forced to face her role in it.

Will she be able to make peace with her conflicting feelings, or is fighting for this noble cause too tough for her to bear?

I finished Suggested Reading a couple of weeks ago, but I’ve been saving my review for this week, because a story about fighting against the banning of books is obviously perfect for Banned Books Week.

Clara is a complex character who both annoyed me and made me want to hug her. She’s a rabid reader, so that in itself earns her major points. She’s also very focused and determined to stand up to injustice. However, at times these same qualities can get her into trouble, especially in regards to making assumptions about other people. After a near tragedy occurs, the Clara that emerges at the end of the book is much wiser and likable than the somewhat immature and self-absorbed teen that’s introduced in the beginning. The other characters, from Clara’s best friend LiQui, to some of the smaller characters, are well-rounded and relatable.

What I love the most about this book though are the multiple themes that run through it that present perfect opportunities for discussion. First and foremost of course is what impact books have on our lives and how they can inspire us and make us think, but in addition to this there are other topics explored such as: not being so quick to judge others, mental health, and homophobia.

While not perfect, Suggested Reading is a quick moving read with a relatable heroine and intriguing narrative. It’s a book that I believe should be in every public and high school library and it’s perfect for classroom discussion. With censorship continuing to rear its ugly head not only in this country but around the world, we need to share timely stories such as this. 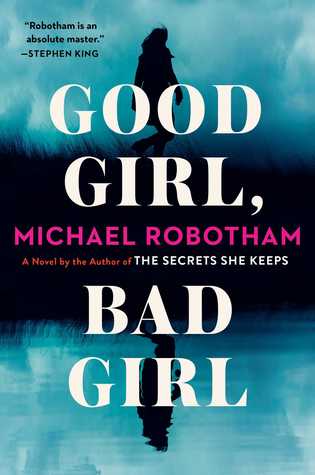 Thanks to NetGalley and Scribner for providing an eARC in exchange for an honest review.

Synopsis: From the bestselling author of The Secrets She Keeps, the writer Stephen King calls “an absolute master…with heart and soul,” comes a fiendishly clever suspense novel about a dangerous young woman with a special ability to know when someone is lying—-and the criminal psychologist who must outwit her to survive.

A girl is discovered hiding in a secret room in the aftermath of a terrible crime. Half-starved and filthy, she won’t tell anyone her name, or her age, or where she came from. Maybe she is twelve, maybe fifteen. She doesn’t appear in any missing persons file, and her DNA can’t be matched to an identity. Six years later, still unidentified, she is living in a secure children’s home with a new name, Evie Cormac. When she initiates a court case, demanding the right to be released as an adult, forensic psychologist Cyrus Haven must determine if Evie is ready to go free. But she is unlike anyone he’s ever met—-fascinating and dangerous in equal measure. Evie knows when someone is lying, and no one around her is telling the truth.

Meanwhile, Cyrus is called in to investigate the murder of a high school figure-skating champion, Jodie Sheehan, who dies on a lonely footpath close to her home. Pretty and popular, Jodie is portrayed by everyone as the ultimate girl-next-door, but as Cyrus peels back the layers, a secret life emerges—-one that Evie Cormac, a girl with no past, knows something about. A man haunted by his own tragic history, Cyrus is caught between the two cases—-one girl who needs saving, another who needs justice. What price will he pay for the truth? Fiendishly clever, swiftly paced, and emotionally explosive, Good Girl, Bad Girl is the perfect thrilling summer read by internationally bestselling author Michael Robothom.

Good Girl, Bad Girl is the first book I’ve read by Michael Robothom, and while there were a couple of issues I ran into, I still really enjoyed it.

The best part of the book are Cyrus and Evie. I loved both their backstories and the mystery surrounding Evie, I found especially compelling. I confess I thought her ability of being a “truth wizard” would be more of a focus of the book and was disappointed that it wasn’t. Unfortunately, I didn’t have the same emotional investment in discovering who was behind Jodie’s death. Don’t get me wrong, it was a solid mystery. I think I was just so captivated by the developing relationship between Cyrus and Evie, and the shared traumas between them, that I found Jodie’s story almost distracting.

All of the characters are extremely well-written, with plenty of flaws amongst them, which serves to make them relatable (although there was one who I found thoroughly detestable and who didn’t get the just desserts they should have.) But again, it’s Cyrus and Evie who are the standouts here and raise this story above others in the same genre.

Good Girl, Bad Girl was an entertaining and quick read, and from the way it ends I will be very surprised if this doesn’t turn into a series. Both Cyrus and Evie are characters I easily grew attached to and I’d love to see more of them. I do want to caution though, there are triggers which some people may have a difficult time with. These include: Descriptions of torture, child abuse, substance abuse, attempted suicide, self-harm, and attempted rape. Otherwise, I highly recommend this to fans of mystery, suspense, and character-driven stories.

I read therefore I blog

A Dad trying to cope with the loss of his Partner and becoming a single parent.

Elysa Reads It All
Victorious Pages

WIPs, Book Reviews, Contests & A Bunch of Other Things

A New Dimension to Explore!! Love for books and series is all we need. Life can be lonely without books. All I love is books, series, and talking about serious causes like bodyshaming. Do join me if you love to live your life to the fullest

A bit of this, a bit of that, the meandering thoughts of a dreamer.

There is always a book for every mood.

Geeking Out about It

BlerdWatching Waaay Too Much TV

Two Moms And A Toddler

Moving Through Motherhood, Adulthood, and Everything In Between

A Blog about Music and Popular Culture

This site is about an expat writer living in Istanbul.

Welcome to my thoughts and musings of daily life.

Fish in the Trees

Living in the Gap

“Ruffled feathers and endless squawking over a minor difficulty is typical of a crow’s life. I lean back on the counter and realize that could be my line….”

This is a blog - slash - archive of some old blogs - slash - place to throw stuff which makes me feel things. No idea how you got here, but you're welcome anyway.

Escaping Into Fictional Worlds One Book At a Time

Sharing my love for Coffee and Books

the only kind of affair worth having

Your home for age and content appropriate book recommendations!