Holderness Family, Humor, Kelly Clarkson Parody, Longer (The List of Things That Could Kill You)

Thanks to NetGalley and Del Rey for providing an eARC in exchange for an honest review.

Synopsis: New York Times bestselling author Kevin Hearne returns to the world of his Iron Druid Chronicles in a spin-off series about an eccentric master of rare magic solving an uncanny mystery in Scotland.

Al MacBharrais is both blessed and cursed. He is blessed with an extraordinary white moustache, an appreciation for craft cocktails—and a most unique magical talent. He can cast spells with magically enchanted ink and he uses his gifts to protect our world from rogue minions of various pantheons, especially the Fae.

But he is also cursed. Anyone who hears his voice will begin to feel an inexplicable hatred for Al, so he can only communicate through the written word or speech apps. And his apprentices keep dying in peculiar freak accidents. As his personal life crumbles around him, he devotes his life to his work, all the while trying to crack the secret of his curse.

But when his latest apprentice, Geordie, turns up dead in his Glasgow flat, Al discovers evidence that Geordie was living a secret life of crime. Now Al is forced to play detective—while avoiding actual detectives who are wondering why death always seems to follow Al. Investigating his apprentice’s death will take him through Scotland’s magical underworld, and he’ll need the help of a mischievous hobgoblin if he’s to survive.

I was a little disappointed with Scourged, the last book of the Iron Druid series, however, it was one of my favorites in the genre of urban fantasy, so when I heard that Hearne was returning to that world, I was quite excited.

First, it was refreshing having the main character older and not in his prime, although Al certainly doesn’t let age slow him down. He’s a great character who’s easy to like which I did immediately. The dialogue and story are full of Hearne’s trademark humor which helps move things along. The one issue I had was I found the villain to be rather ho-hum, but the other characters are engaging and I loved their interactions with Al. Hearne does a wonderful job building upon the mythology he created in his previous series, and this new magic that’s introduced is quite intriguing.

Overall, I quite enjoyed Ink & Sigil and I’m looking forward to seeing where this spin-off series goes. Do be warned that Hearne uses authentic Scottish dialect unsparingly, but there’s a helpful guide at the beginning. I unhesitatingly recommend this to fans of urban fantasy and mythology who like colorful characters, rich world building, and plenty of humor.

Thanks to NetGalley and Flux for providing an eARC in exchange for an honest review.

Synopsis: Connor Major’s summer break is turning into a nightmare.

His SAT scores bombed, the old man he delivers meals to died, and when he came out to his religious zealot mother, she had him kidnapped and shipped off to a secluded island. His final destination: Nightlight Ministries, a conversion therapy camp that will be his new home until he “changes.”

But Connor’s troubles are only beginning. At Nightlight everyone has something to hide from the campers to the “converted” staff and the cagey camp director, and it quickly becomes clear that no one is safe. Connor plans to escape and bring the other kidnapped teens with him. But first he’s exposing the camp’s horrible truths for what they are—and taking this place down.

Before I review Adam Sass’s excellent Surrender Your Sons, I have first share my complete and utter revulsion that conversion/reparative therapy is still allowed in the majority of states in this country. As of July 1, 2020, there will be only 20 states banning this reprehensible and THOROUGHLY DEBUNKED practice. The majority (including my state of Alabama), still allow parents to approve this “treatment” for their minor children. The Human Rights Campaign has a lot of information if you want to check it out here:

And there’s more at The Trevor Project at:

Surrender Your Sons is a story you should go into as blind as possible so I’m going to go even out of my way not to include any spoilers than I usually do. Adam Sass states in his Author’s Note (which you should definitely read), “I want to acknowledge that you’ll find queer pain in this book. However, it’s not about queer pain. It’s about what queers do with pain. This is what drives the entire novel. The plot itself is dark, issue-driven, yet has moments of levity to lighten things up. There are a few themes that could pose a problem for some readers so here are my trigger warnings: Severe homophobia, physical & emotional abuse, graphic violence, sexual content, and suicide. The characters, beginning with Connor are so well written they seem to jump off the pages, and I feel as though I know them all personally, both the ones I liked and the ones I wanted to strangle with my bare hands. The mystery was interesting and kept me guessing right up until the end, but to be honest, I really kept reading because I became so emotionally invested in Connor and his friends. There are a couple of sections around the middle of the book where things slowed down a bit, and I think this could have been trimmed. Otherwise, Surrender Your Sons is a noteworthy addition to LGBTQ+ fiction that I unhesitatingly recommend for anyone 15 and up. It’s dark and brutal at times and will elicit some strong emotions, but it also leaves you with hope at the end.

Humor, On the Lighter Side, Signs of the Times 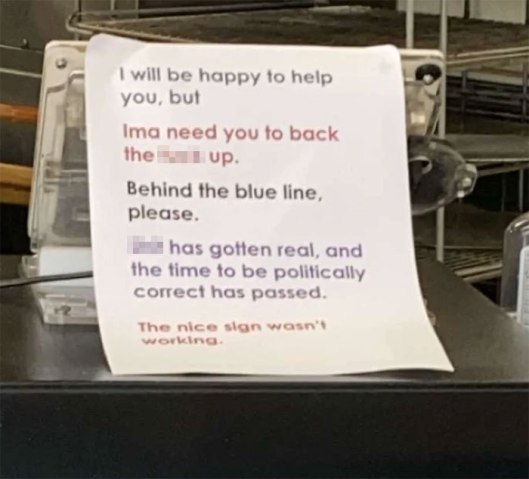 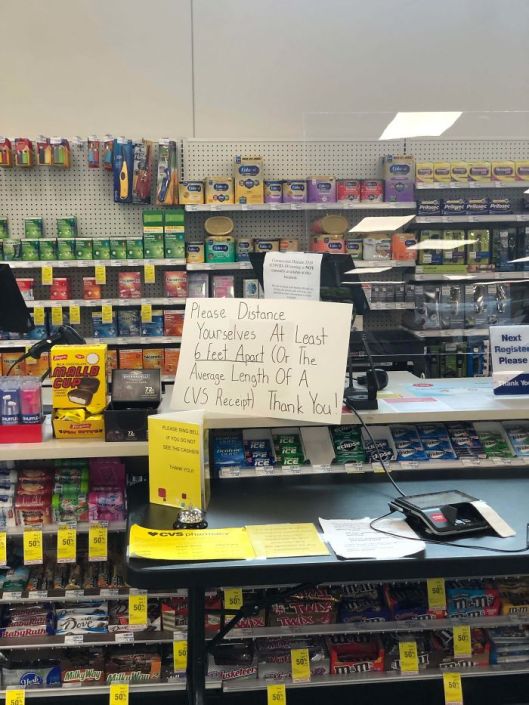 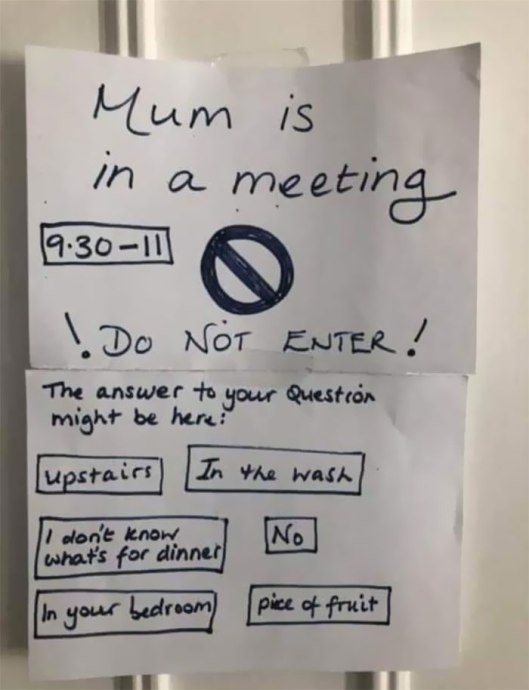 If you doubt that library workers have a sense of humor, check these out! 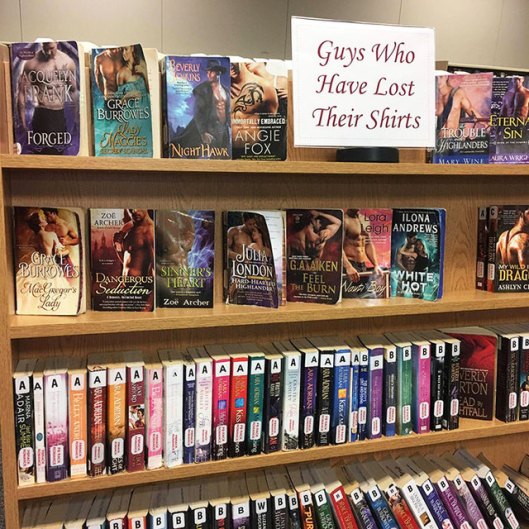 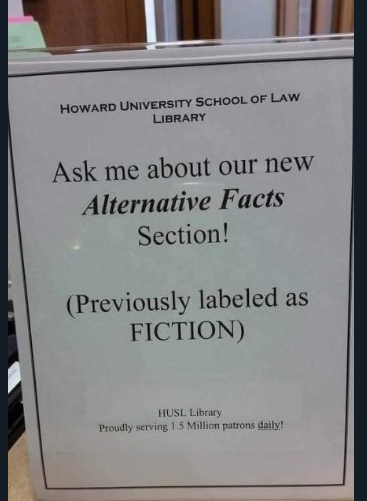 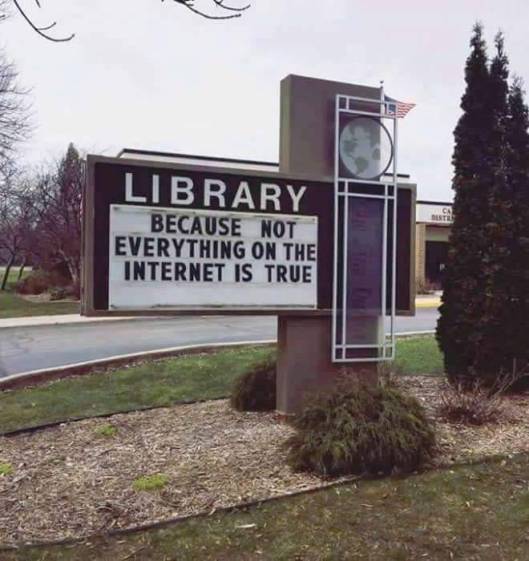 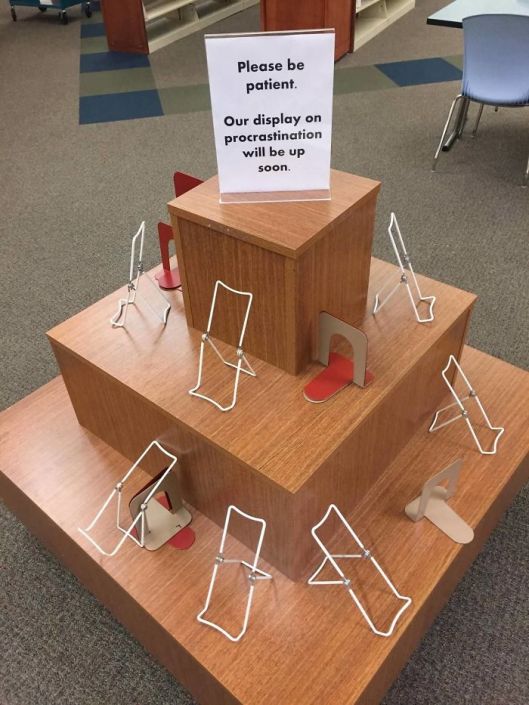 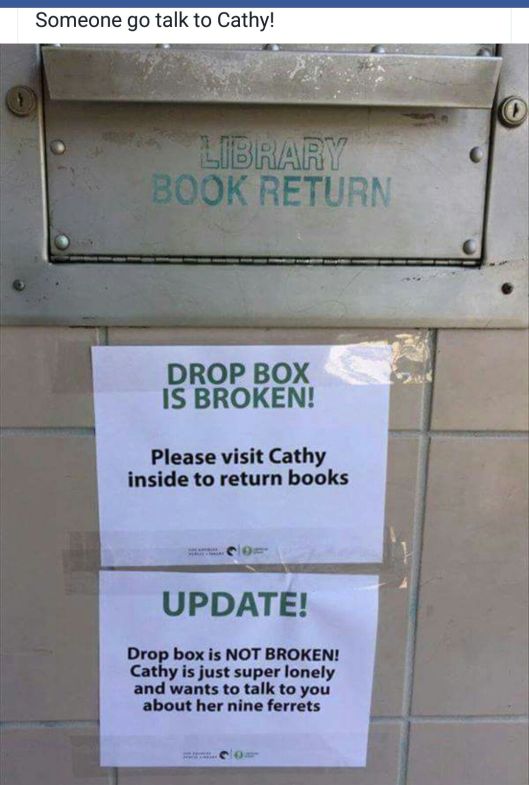 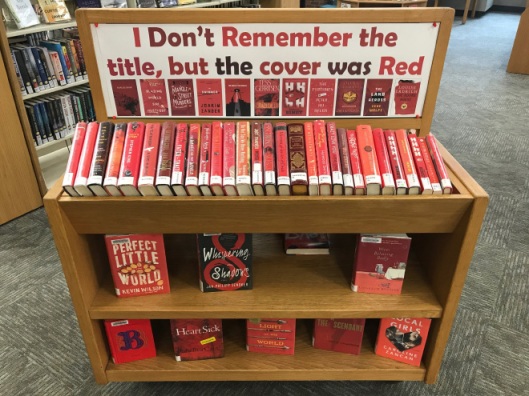 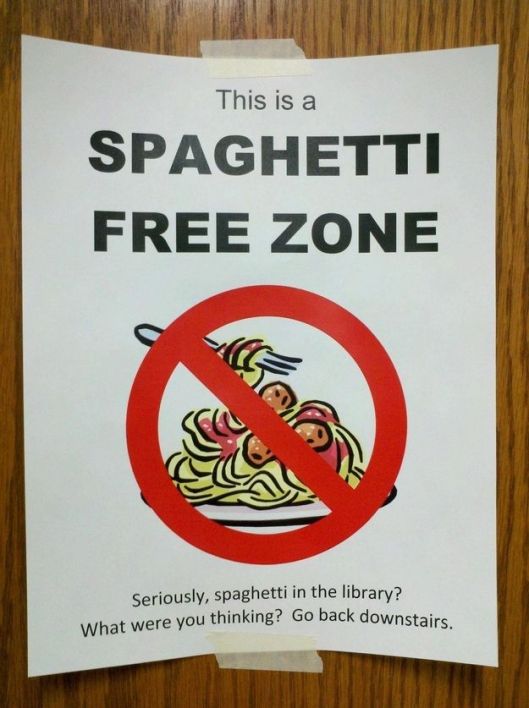 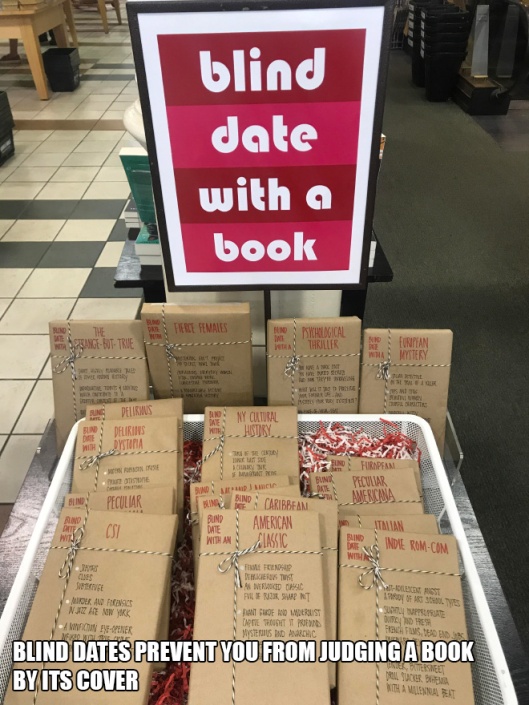 Coronavirus, Humor, On the Lighter Side 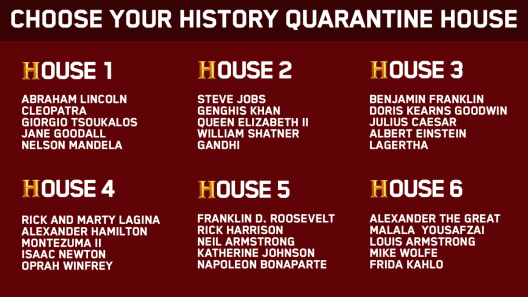 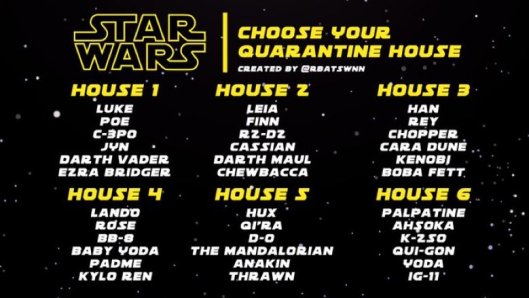 Coronavirus, Disney, Humor, On the Lighter Side 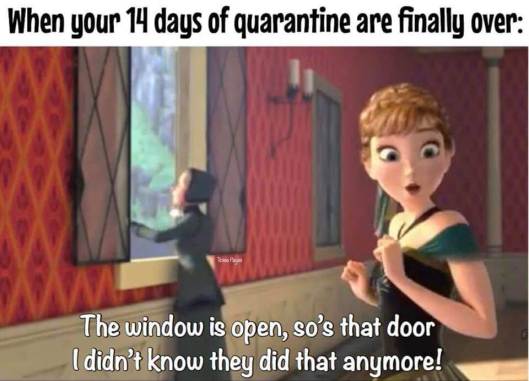 Thanks to NetGalley and Tor Teen for providing an ARC in exchange for an honest review.

Synopsis: Some people are extraordinary. Some are just extra. TJ Klune’s YA debut, The Extraordinaries, is a queer coming-of-age story about a fanboy with ADHD, and the heroes he loves.

Nick Bell? Not extraordinary. But being the most popular fanfiction writer in the Extraordinaries fandom is a super power, right?

After a chance encounter with Shadow Star, Nova City’s mightiest hero (and Nick’s biggest crush), Nick sets out to make himself extraordinary. And he’ll do it with or without the help of Seth Gray, Nick’s best friend (and maybe the love of his life).

With everything going on I needed something fun that would make me smile and laugh, and The Extraordinaries more than delivered!

Nick Bell is an adorably awkward gay teen who has ADHD and an obsession with superheroes. His relationship with his small group of friends and his dad provide some wonderfully moving moments as well as some humorous ones. The “Extraordinaries” of Nova City themselves, are mainly in the background, but provide context for Nick’s obsession.

The storyline itself is a little rough around the edges at times, especially in regards to Nick’s utter cluelessness about what’s going on with his best friend Seth, but to be honest, Nick’s personality is otherwise so endearing, that I was willing to overlook his shortcomings.

In the end, The Extraordinaries is a memorable coming-of-age story filled with relatable, diverse characters and a fun messy storyline. It’s the perfect escape from what’s happening in the real world and I can’t recommend it enough, especially for fans of authors such as Becky Albertalli, Rainbow Rowell, and Adam Silvera. I’m eagerly looking forward to the next book in this trilogy. 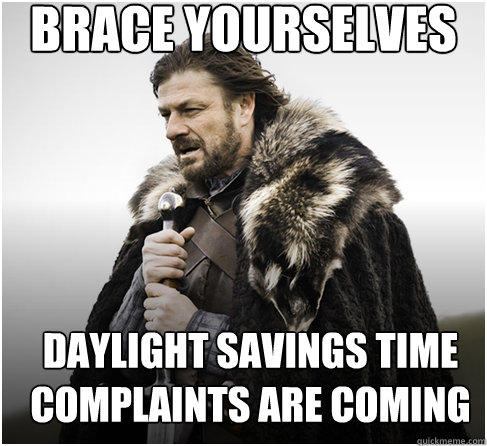 Daylight Savings kicks in at 2:00 a.m. Sunday so don’t forget to Spring Forward. I know, I know. I feel your pain! 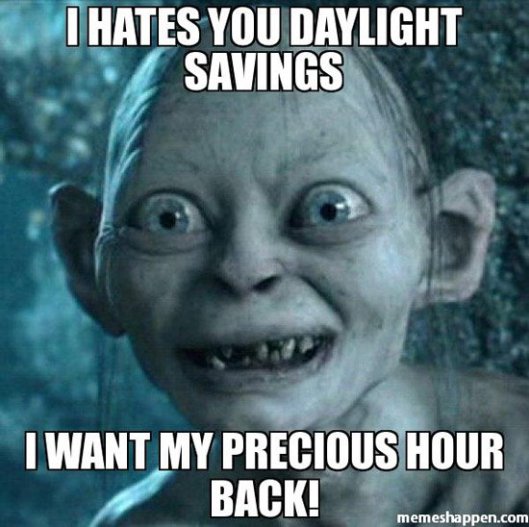 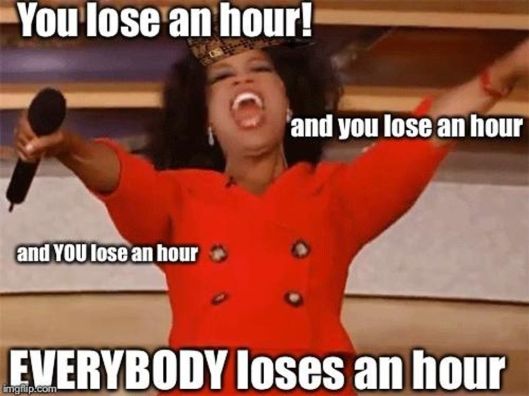 Reviewing Old TV Shows, Movies, and Books Before You Forget Them

“We shall not cease from exploration and the end of all our exploring will be to arrive where we started and know the place for the first time.” (T.S. Eliot)

If adventures do not befall a young lady in her own village, she must seek them abroad - Jane Austin

Diary of a Gay Dad. I am a full time dad to five young children.

journeys of the mind and body

A daily dose of God’s touch in a minute...

A Journey of Spiritual Significance

"because truth is stranger than fiction"

A place to come to find out what I'm reading now and what is going on in the wide world of books!

Square Cop In A Round World

Seeking Dialogue to Inform, Enlighten, and/or Amuse You and Me

Book reviews and previews from an avid reader!

Musings on a variety of subjects while embracing new towns

BACK ROADS AND OTHER STORIES

Adventures of a Southern transplant to the Pacific Northwest

DOG TAILS by ZoZo and Jools

Bookidote
What's on my mind?

My opinions & experiences with a pinch of creativity!

A Court of Books and Brews

High Ladies of the Night Court

Retired? No one told me!

Tonight I Dream. Tomorrow I Do!

Reviewing Old TV Shows, Movies, and Books Before You Forget Them