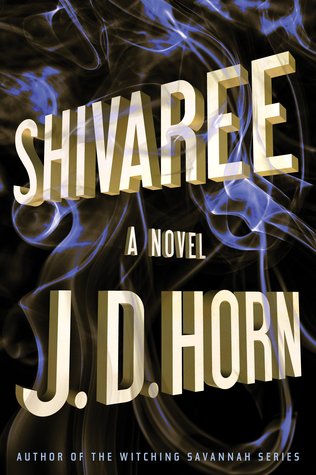 I received this e-book from NetGalley and 47North in exchange for an honest review.

Synopsis: As the Korean War ends, practical and well-mannered nurse Corinne Ford returns stateside to live in the Mississippi town of Conroy with her new fiance, Private First Class, Elijah Dunne. She wonders if their love is strong enough to overshadow their differences, but upon her arrival to Elijah’s backwoods stomping grounds, she understands that culture shock is the least of her worries.

After four good ol’ boys are attacked in the night whole seeking to terrorize a local black family, decades of buried secrets begin to rise. From Conroy’s most powerful citizen–known as the “Judge”–to the man Corinne intends to marry, no one is innocent. Yet the deepest secret of all involves the beautiful, cruel, and dead Miss Ruby. The former belle of Conroy and Elijah’ s lost love, is neither forgotten nor truly gone. But her death is only the beginning of a slow vengeance that won’t stop until it’s hunger is satisfied.

Southern Gothic:  “A style of writing practiced by many writers of the American South whose stories set in that region are characterized by grotesque, macabre, or fantastic incidents.”

I really enjoyed J.D. Horn’s Witching Savannah series so I was intrigued when Shivaree popped up on NetGalley. While this novel is much darker than his previous stories it’s Southern Gothic at its very best.

One thing I love about about J.D. Horn is the exquisite detail he puts into the description of his settings without taking anything away from the plot. You can feel the sultry air caressing your skin and smell the heady mix of smoke, and creosote emitted by the town’s paper mill, and hear that slow southern drawl when people speak. From the very first chapter you’re captivated by what seems to be your typical sleepy little southern town but it’s quickly revealed that underneath that deceptive exterior, Conroy is seething with racism, corruption, and other dark secrets that its townspeople would rather not see the light of day.

Poor Corinne unsuspectingly walks into this nest of vipers, expecting to settle down and start a family with the charming young man she met in Korea. Even without the supernatural evil doings going on, Corinne would never fit in with the residents of Conroy. She’s level-headed, outspoken and independent, and because of these attributes she’s met with suspicion and derision, particularly by Elijah’s mother. While Corinne attempts to get along with her future in-laws, she’s no pushover. She wants to love and support Elijah, and if it means butting heads with his family or even the sheriff, so be it.

Elijah comes across as an earnest, sweet country boy at first, but he’s hiding some pretty dark secrets from Corinne which makes him slightly less sympathetic. This doesn’t make him an unlikable character though. Just one that is a product of the time period and his environment.

The main villain of the story is Ruby, who even before she’s turned into a vampire, is one nasty piece of work. Yet I found myself reluctantly feeling sorry for her at times. The daughter of the truly abhorrent Judge, she never really had a chance given her upbringing.

As far as the rest of the characters, they’re all pretty despicable, and deserve what’s coming to them. The only exception is Lucille, the Judge’s maid, aka slave. Forced to send her two children away to protect them from not only the supernatural evil which has invaded the town, but also the local Klan, she’s forced to stay and wait hand and foot on the Judge, fearful of him sending his minions after her if she attempted to flee. She and Corinne make a dynamic duo in the end.

While the Korean War is the background for Corinne’s and Elijah’s romance, it does seem a little superfluous. It’s kind of thrown in there, but there’s no real apparent reason beyond setting the time period of the early 1950s and perhaps an explanation for Corinne’s feminism. I found myself wishing the author had used this to explore a little more the traumatic effects of war. Since the novel is under 300 pages maybe he just didn’t have the time to fit it in. Or, maybe I’m just being overly fussy. Sometime a story is just a story.

Shiveree touches on many issues including racism, physical and sexual abuse, incest, and bullying, yet it never gets bogged down by these weighty themes. The ending while satisfying, definitely leaves the door open for a possible sequel. If you like deeply conflicted characters and plots that slowly unveil their secrets like peeling back the layers of an onion, than I highly recommend this book.