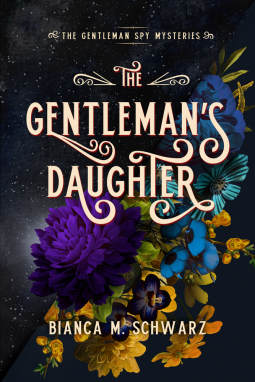 Thanks to NetGalley and Central Avenue Publishing for providing an eARC in exchange for an honest review.

Synopsis: The Gentleman’s Daughter is the second in a darkly entertaining historical romance mystery series set in Regency London…

Sir Henry, secret agent to the crown, must marry a lady above reproach to afford his illegitimate daughter entrance into society. After narrowly escaping marriage to a highborn bigot, he takes an assignment in Brighton, leading him to an abandoned abbey full of dark whispers, and a sinister secret society, the very one Henry has been investigating for three years.

Isabella is as beautiful as she is talented, but falling in love isn’t part of her plans. She only wants to paint, forget her painful past, and keep her overbearing mother at bay. But gaining one’s independence isn’t easy for a woman in 1823, so Isabella embarks on a fake courtship with Sir Henry. Soon, love and a painting career no longer seem so utterly incompatible.

But when the man Isabella fears most kidnaps her, all appears lost. Realizing the kidnapper is part of the same organization he is investigating, Henry chases after them. Entrapped in a web of secrets, both Henry and Isabella must face old enemies, and fight for their happily ever after. (Goodreads)

The Gentleman’s Daughter is a wonderful sequel to The Inkeeper’s Daughter, that much to my delight, surpasses the first book in The Gentleman Spies series.

I was immediately pulled into the story and easily finished this in two sittings. Like its predecessor, this is not your typical frothy Regency romance, as it deals with much darker themes such as: sex trafficking, physical abuse, sexual abuse, and espionage.

My main issue with The Innkeeper’s Daughter was that I was uncomfortable with the romance between Henry (who is in his 30s), and Eliza (who is barely 18). Thankfully the age difference between Henry and Isabella is not such a yawning chasm. Although their romance is a slow burn through much of the book, I almost immediately loved them as a couple and was rooting for them the entire time. There are some fairly steamy scenes between the two, but they’re well written and believable. While I thought the middle of the book was noticeably slower than the rest, this wasn’t a huge issue and it didn’t take long for the action to pick back up. The ending wrapped up any loose ends ends which left me quite pleased.

Although The Gentleman’s Daughter is the second book in this series, you needn’t have read the first as this does an excellent job recapping without taking away from the current storyline. What I love about this series thus far is though it maintains the Regency setting which I love, Bianca Schwarz is unafraid to go deeper and darker, which makes The Gentleman Spies series quite unlike most others of its genre. 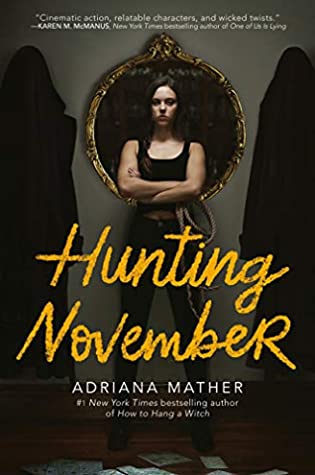 Thanks to NetGalley and Knopf Books for Young Readers for providing an ARC in exchange for an honest review.

Synopsis: Surviving a few weeks at the world’s most lethal boarding school was one thing. But now comes the real test: Can November Adley find her missing father before her enemies find her? Subterfuge is the name of the game in this thrilling sequel to Killing November, from the #1 New York Times bestselling author of How to Hang a Witch.

After surviving a crash course in espionage at the mysterious Academy Absconditi, November only has one purpose: finding her missing father. Along with fellow student (and heartthrob) Ash, November follows the clues that her father left, embarking on the deadliest treasure hunt of her life. The first clue is in her hometown, where old friends beckon and unexpected enemies lurk around every corner. The second clue is in Europe, where revelations about her family history will plunge her into an international web of deception, lies, and intrigue. The third clue is deep in enemy territory surrounded by skilled assassins and master strategists, and where everyone wants her and her father dead. Can one girl with limited training infiltrate a centuries-old organization that is powerful enough to topple empires? November only knows she’ll do whatever it takes to save her father…or die trying.

Hunting November picks up exactly where Killing November left off, and while it moved away from the sinister boarding school for assassins-to-be, it lost none of the thrills and chills that made the previous book so much fun.

Having left the insular world of the Academy Absconditi, November and Ash hopscotch across Europe, desperately trying to find her father before the mysterious and sinister assassin known only as the Ferryman, does. Aided only by the cryptic clues left for her by her father, November is taken for a trip down memory lane as each clue is tied to a specific childhood memory. This was one my favorite parts of the book as you got to see November and her father’s close bond as it developed through the years. It was emotional and very touching. The scenes from the past were so beautifully woven in by Mather that they added this lovely undercurrent to the story. While this is contemporary fiction, the way the Strategia interact with each other and do business plays out like it was in the distant past. Their weapons of choice are knives, poison, and blow darts, and because of this and the settings which seem almost like old world Europe, I spent half my time reminding myself this wasn’t the 1800s.

The only reason why I’m not giving this a perfect 5 star rating is because I thought the ending was a little rushed, especially in terms of the Strategia families and their connections. I believe this is going to only be a duology, which is a shame because there’s a lot more to explore here. Overall though, I HIGHLY recommend both Killing November and Hunting November to anyone who loves spy/secret society novels with plenty of excitement and adventure! 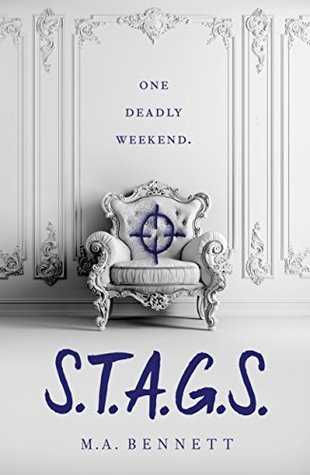 Thanks to NetGalley and Delacorte Press for providing an eARC in exchange for an honest review.

Synopsis: At St. Aidan the Great School, or S.T.A.G.S., new things—new people—are to be avoided. Unfortunately, Greer MacDonald, token scholarship student, is very much a new person. She has just transferred to S.T.A.G.S., and finds herself being ignored at best and mocked at worst by the school’s most admired circle of friends, the Medievals.

So imagine Greer’s surprise when this very group invites her to an exclusive weekend retreat at the private estate of the parents of their unofficial leader, Henry de Warlencourt. It’s billed as the weekend of “huntin’ shootin’ fishin’,” And rumor has it that the invitee who most impresses the group will be given the privilege of becoming a Medieval themselves.

As the weekend begins to take shape, however, it becomes apparent that beyond the luxurious trappings—the fancy clothes the maid lays out on Greer’s bed, the elaborate multi course dinners held in the Great Hall—there are predators lurking, and they’re out for blood.

I have to confess that while reading S.T.A.G.S. my overwhelming feeling was one of frustration. In theory, all the elements of this story should have worked. An English secretive society of elites who host an annual weekend retreat every year, inviting a few “inferior” classmates, holding out the promise that one of them may be chosen to be part of their group? Sounds intriguing doesn’t it? Well, unfortunately the premise was much more interesting than the actual story.

The first problem for me were the characters. Despite my best efforts, I could not connect with any of them. Greer did not fit the role of your typical outsider except that she was a scholarship student. She’s extremely intelligent, yet time and again shows a lamatable lack of judgement. At first her referencing classic films was enjoyable, until it started happening almost every other sentence. That grew old rather quickly. Her on again, off again, romantic feelings toward Henry, made no sense, especially once she discovered what he and his friends were up to. And the other characters were just two-dimensional and unremarkable.

The plot itself started out interestingly enough, but didn’t have nearly enough action until the last few chapters of the book. While I liked the history that’s revealed about S.T.A.G.S., the ending left me confused as to their motivations. I can’t really explain without including spoilers, but there seemed to be a big set-up, but the reveal left me disappointed.

S.T.A.G.S. ending leaves open the possibility that there may be a sequel, but if so, I don’t think I’ll be continuing with it. Between the uninspiring characters, numerous plot holes, and not enough action, there’s just not enough there to tempt me. That said, this has received many 4-5 star reviews on Goodreads, so if the premise intrigues you, please check it out for yourselves.