In the words of a true leader. Thank you Gronda! 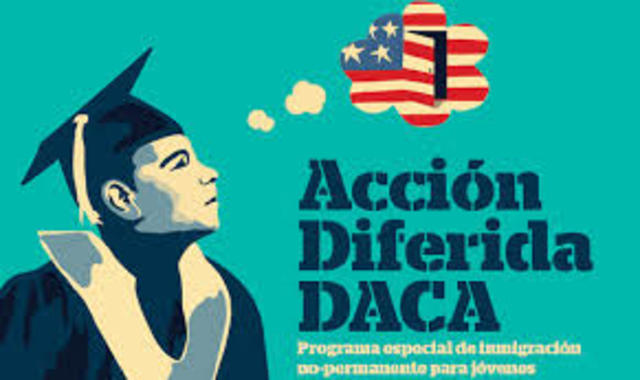 Young people protected from deportation and allowed to work legally under the DACA program will begin losing their protection around March 2018 unless the US Congress finally acts to shield them. “

Immigration can be a controversial topic.  We all want safe, secure borders and a dynamic economy, and people of goodwill can have legitimate disagreements about how to fix our immigration system so that everybody plays by the rules.

But that’s not what the action that the White House took today is about.  This is about young people who grew up in America – kids who…

Thanks to NetGalley and Entangled Publishing for providing an eARC in exchange for an honest review.

Synopsis: A simple but forgotten truth: Where harbingers of death appear, the morgues will soon be full.

Angie Dovage can tell there’s more to Reece Fernandez than just the tall, brooding athlete who has her classmates swooning, but she can’t imagine his presence signals a tragedy that will devastate her small town. When something supernatural tries to attack her, Angie is thrown into a battle between good and evil she never saw coming. Right in the center of it is Reece—and he’s not human.

What’s more, she knows something most don’t. That the secrets her town holds could kill them all. But that’s only half as dangerous as falling in love with a harbinger of death.

Dark, haunting and romantic, Black Bird of the Gallows is a lush and beautifully told YA supernatural story that for the most part, hits all the right notes.

While the beginning of the book starts off as so many YA stories do: mysterious, brooding boy moves next door to plucky, outsider teen girl, after the first couple of chapters I wound up really liking both Angie and Reece. In addition to them both dealing with traumatic pasts, now they have to deal with a threat involving supernatural bees. *Shudder*. At first I thought this was going to be an annoying case of insta-love, it’s more like an instant attraction that develops into deeper feelings. I was completely invested in the two of them, and found myself fervently hoping they got their happy ending.

The best part of the book is the word-building and mythology. It’s creepy, yet beautiful, and I was completely enthralled throughout the entire book. The pace slowly built until the nerve-wracking ending, which I thought was a bit rushed, but ultimately satisfying.

Y’all know I read a lot of YA Fiction. Even when I like a book, sometimes it’s difficult to remember it. Black Bird of the Gallows is a story that I will remember days, weeks, and months from now. It’s imaginative and unique, and I HIGHLY recommend it for older teens and adults who love supernatural fiction and are looking for a story and characters they’ll fall in love with.

You probably looked at the title of this post and thought “Alonso who?” Unlike many of my R.I.P. tributes, he wasn’t a well known celebrity, yet I think his story needs to be shared all the same. 31-year-old Alonso left his job as a radio D.J. early on August 29th with a group of friends and made a 120-mile trip by car from Lufkin, Texas to the Houston area to help rescue victims stranded by Hurricane Harvey. Once they arrived in Spring, a Houston suburb, they set out in five boats, and with the assistance of a walkie-talkie app, identified people who needed rescuing. Late that evening, Alonso’s group were on their way to help survivors stranded in an apartment building. Their boat collided with an Interstate 45 bridge, flinging Alonso and his friend, Tomas Carreon, 25, into the rushing floodwaters. A third person who was in the boat, Luis Ortega, 22, was later found clinging to a tree. Sadly, last Friday, searchers found Carreon’s body. And on Sunday, Alonso’s body was discovered. So who was Alonso Guillen?

Alonso was born in Mexico and moved to Lufken when he was 14-years-old. He graduated from Lufkin High School, was a parishioner of St. Patrick’s Catholic Church, and worked in construction before becoming a local disc jockey at Rodeo Disko, and radio station, SuperMix 101.9 FM. And Alonso was also a “Dreamer”, one of almost 800,000 people enrolled in President Obama’s Deferred Action for Childhood Arrivals program, or as it’s more commonly known as, DACA.

Popularly known as DJ Ocho (Ocho being the name he called himself as a young child when he was unable to pronounce Alonso), this Dreamer was a Texas football fan and loved the Houston Astros. He played soccer and softball, and was fond of wearing cowboy hats and red, white, and blue sunglasses. He used the radio station to organize fundraisers for those in need. The trip to the Houston area was put together quickly with the help of his friends.

Like many others in Texas, Alonso’s family has mixed immigration status. His mother and a brother still live in Piedras Negras, Mexico. His father is a legal resident and his brother Jesus is a U.S. citizen.

According to his brother, Alonso applied for DACA because so many of his friends and family were in this country, and that’s where he saw his future. “His dream was to open a restaurant, something the whole family could enjoy and where they could come together,” his brother said. He also wanted to be able to legally visit his hometown in Mexico. Instead, Alonso will be laid to rest sometime this week in Lufkin. He is survived by his 8-year-old daughter, Mariana, who resides in Guanajuato, Mexico.

Who was Alonso Guillen? He was a young man who was loved by his family and friends. He was a hero in every sense of the word and made the ultimate sacrifice. And finally, he was a Dreamer who loved this country and everything it stands for. Ironically, if he had lived, Alonso Guillen would also have been most likely deported after March 2018, when DACA is due to be officially scrapped, and this is just so terribly, terribly wrong.

If you think that six months is plenty of time for Congress to do the right thing, remember the healthcare debacle. I implore you, if you feel as I do, that Dreamers should not be kicked out of the only country they have ever known, please call, write, or email your Representatives and Senators. We cannot, no, we MUST not let hundreds of thousands of young people, including teenagers, college students, teachers, doctors, police officers, and military personnel, be punished for something they had no control over! This is heartless. This is immoral. This is reprehensible! We all descend from immigrants and it is up to us to give Dreamers the chance to truly live the American Dream. If we fail at this, not only will history judge us, but it will show how morally bankrupt we’ve become.